What does the rise of fundamentalist movements mean for the secularist goal of creating a more free, equal and fair society? What tactics are fundamentalist groups using to challenge secular laws and norms?

Using the example of the on-going campaign against gender segregation, Chris Moos is going to talk about his experience exposing fundamentalist groups and their attempts to use public institutions to impose their sexist views on others. He will also show how current gender segregation practices unearth many of the issues long-thought resolved with the end of racial segregation.  The talk will be followed by a discussion, when everyone is welcome to join in. 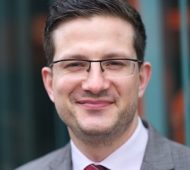 Chris Moos is a secularist activist. He has successfully campaigned for the right to free expression and against gender segregation at universities, as well as the accommodation of religious codes in the British legal system. He was a nominee for the Secularist of the Year 2014, and is a member of the Council of the National Secular Society